* Bruce Rauner announced he was running for governor today via a YouTube video. Rate it…

His slogan: “Shake up Springfield. Bring back Illinois.”

* I’ve been hearing for days that Rauner could start airing TV ads as soon as next week. Ron Gidwitz began airing TV ads in July of 2005, but was never able to move the needle and by the time the campaign heated up his candidacy was generally dismissed. If the ad rumors are true, then Rauner will face the same sort of test, only a month earlier.

* From the Rauner campaign…

Before beginning his campaign, Bruce spent three months on a Listening Tour getting to know the thoughts, concerns and ideas of Illinoisans across the state. He made more than 65 stops and traveled nearly 18,000 miles.

He met small business owners held back by burdensome regulations and high taxes â and who think things might just be easier in Indiana or Wisconsin. He spoke with tech leaders and young entrepreneurs as well as folks out of work or underemployed.

Bruce visited with teachers deeply concerned about their students and Springfield politiciansâ failure to prioritize education. He met with dads in barbershops on the South Side of Chicago who want more educational choices and to give their children the hope of a brighter future.

After months on the road hearing from Illinoisans from all walks of life, it became clear that voters think the crowd of career politicians in Springfield who got Illinois into the current mess canât get the state out of it. They are hungry for a governor who is willing to shake up Springfield and canât be bought, bribed, or intimidated.

Bruce is tremendously encouraged by the response to his Listening Tour and the ability to raise resources for his candidacy.

As a candidate, Bruce plans to keep up the pace he set on the Listening Tour and will continue to meet as many Illinoisans as possible to discuss his vision for rebuilding Illinois.

Beginning Thursday, Bruce will embark on his âBring Back Illinois Tour.â He already has nearly a dozen stops planned for the first two weeks of the campaign and will be adding many more in the days and weeks to come. 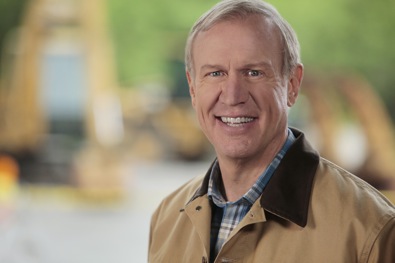 Just a regular guy. Yep. One of us, even.